The Young Subcontinent Project, as much as the Adil Shah Palace in Goa greeted its visitors by Mumbai-based artist Teja Gavankar's bold experiment in bricks. Produced in about two weeks on site, Teja created a large brick wall corner that folds itself strangely. At once, the viewer is taken over by the projections from corners, as if the corner is shouting out to you. the mutated edge, the fuzzed boundary, the distorted lines, the protruding forms - all call out for several themes embedded in the framework of the Young Subcontinent curatorial note. The collision of the subtle and the loud, the plain and warped echo how seemingly benign materials can take disruptive forms, much like the history of the Indian subcontinent.

In the 'Disturbed Corner', Teja attempts to question the idea of security that a wall corner creates. How do parallel and even brick courses create sloping surfaces? How do the brick lines remain continuous over the folded planes? How does the brick cantilever? These are initial questions that take the viewer by surprise and confusion. New forms of shelter are created on both sides of the intervention - where on one hand, space is created through shadows, the rear side caves in to form a scooped corner.

To be sure, brick is one of the oldest materials through which civilizations have built themselves and sheltered humanity. Clay brick is a material that has moulded, and been moulded by cultures. The brick is an apt metaphor for humanity - fired and hardened over years of civilizational pressures. Several building blocks come together to form walls - those that can protect, as well as screen (from) the other. Regimental courses set in history can create hard edges, without any room for negotiation. Creative processes can blur such boundaries, opening up spaces for dialogue and discussion. In the present work, Teja challenges the conventional method in which bricks are laid out, and how their capacities can be furthered through strategic intervention. By twisting surfaces, Teja makes the unsettled geographies of the subcontinent more apparent. In doing so, she invites the viewer for a close observation of the disturbance.

In the urban settings in which Teja has grown up and still lives, often an unfamiliar, unrelated accident on the street brings together passers by to whom the event may be seemingly unimportant. Yet, in the established pause of the moment, the viewer is able to reconsider and reflect upon some of the innermost morals and values that one carries in a flash. Such disturbed rhythm of quotidian city life often becomes a productive backdrop for us to relook at our lives. It is these disturbed moments make us human.

The interrelationship between different urban spaces, and the way the individual relates and reflects upon them is the primary subject of my inquiry. Working with architectural sites, I find it interesting to think of the “corner” within a space to represent an individual’s “personal area” - that which distorts, deforms and ultimately becomes the impression of the changing identity in the way it is occupied. 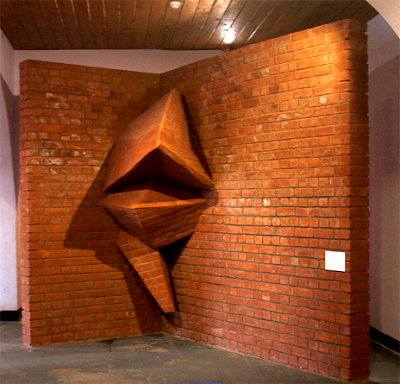 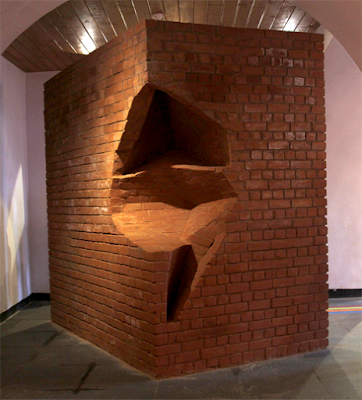 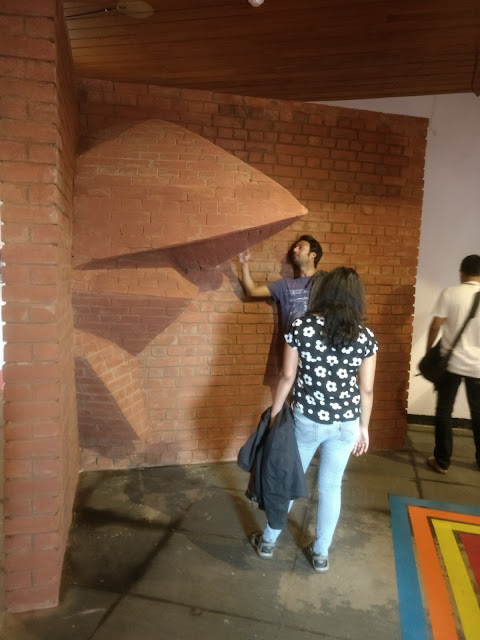 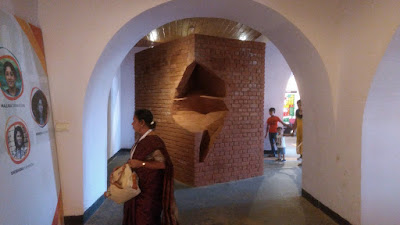