Parag Sonarghare's hyperreal images were the hallmark of the Young Subcontinent Project. Rightfully mistaken as photographs, Parag's paintings are an exercise in close observation of the human body. Parag explained how each work took him days together to take it to completion. These larger than life images are painted patch by patch bringing the artist close to the flesh and texture of human life. When working on a smaller detail, Parag often found himself immersed in the stretched detail of the folds of the skin. While one is clear about the image from a distance, a closer look at the paintings makes it almost a territory of its own. The faces create a physical map, marking a geography of wrinkled contours that only appear as textures of land forms and dried vegetation.

Placing Parag's work in the larger social and technological politics of the time, Riyas Komu invokes the artist's work as he once qualified it - "high definition" (popularly referred as HD). While Parag remained anxious about the political status of his own work, Riyas addressed it aptly by opening up the question of what it means to make a "painting of HD quality"? What does it mean to seek "high definition" quality - a notion of seeing images in the digital world - into the physical world of the painting? Most of us today have become active producers of images through our screen-devices (mobile phones, i-pads, digital cameras, etc). While technology has facilitated the shrinking of screen-sizes significantly, most devices compensate by offering to capture larger densities of data, increasing the number of pixels, thereby allowing one to zoom in and stretch the image on the limited window within our palms. This allows us to stretch and look at images almost like a large canvas.

Every new screen device tries to revise itself into a higher definition camera that can capture more pixels per inch (ppi), implying denser images and thicker information. For whom do individuals, who indulge in even in casual image making, accumulate so much information? Is this practice carried out in the pursuit of higher knowledge, or a better understanding of the self? What does the perpetual zooming inside a surface signify about the perceptual ambition of our society? Does this make us more conscious about our own bodies, or numbs us into the image? And what happens when the image on screen that we've zoomed into about 1000% on our small devices appears all at once?Such a quest leads the painter to create art of a certain kind who is looking for a language for one's time. It is the artist's way of asserting his individuality in a certain way, which is inevitably political.

Human face, in its own sense reveals many aspects of a person. I see face as evidence of one’s journey, psyche, it reflects a metaphysical realm of one, which becomes person’s feel. For me, what exist are layers, what person is made up of. I don’t see it as single unite body but collection/ layers of experiences. There are experiences, feelings, moments, time, conditions in which subject must have lived in. but it is the body/face as evidence where my center of interest is. 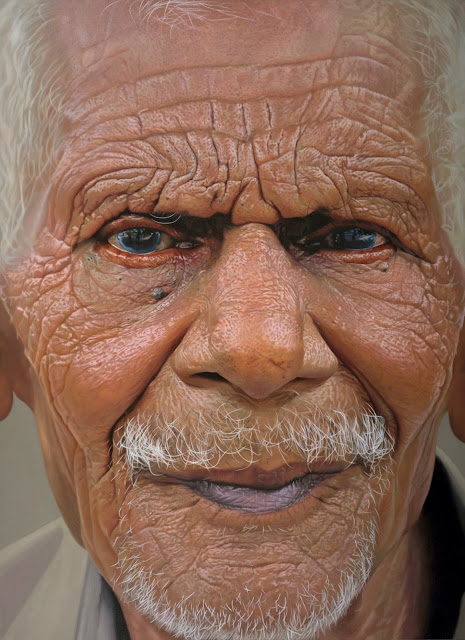 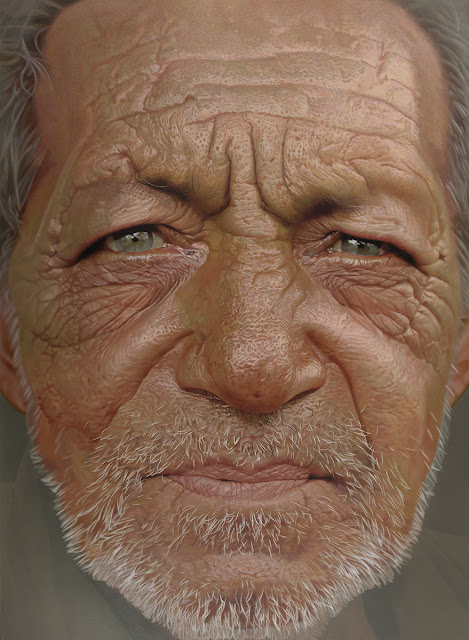 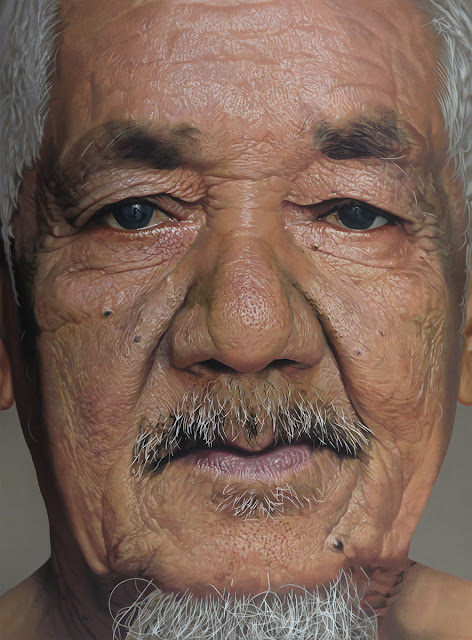